The Other 4-Year Degree 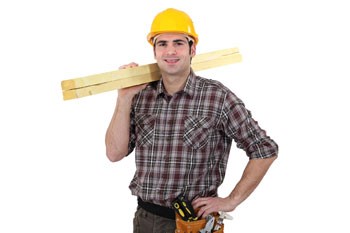 After a year of college, Connor Miller knew school just wasn’t for him.

So instead, Miller left the University of Minnesota-Duluth and joined an apprenticeship program where he learned skills, both on job sites and in the classroom, to become a journeyman carpenter. He works full time installing drywall and once every two weeks attends apprenticeship classes, where he learns different aspects of construction work.

About 80 percent of apprenticeship programs are geared for building trades such as carpentry, plumbing and pipefitting. But opportunities can be found in other fields as well, including automotive repair, machining and manufacturing.

Earn while you learn
“Building trades seemingly have been a very well-kept secret,” said Mark Wickstrom, a bricklaying apprenticeship coordinator in St. Paul, Minn. “Students realize there’s an opportunity to get an education and work at the same time, so they’re earning while they’re learning. It’s training directed toward a specific career. It’s not like going to college and getting a general education and not having a guarantee of a job afterward.”

A job is definitely the draw to apprenticeship programs. Miller and Clements say they receive nice benefits and earn good wages, which will increase when they complete their apprentice training.

To finish an apprentice program, trainees complete a minimum of 144 hours of classroom training per year and roughly 10,000 hours of on-site job training. Depending on the trade or field, an apprenticeship program could last four to five years. Classroom training is delivered through a variety of options: technical schools, unions or community colleges; each program is different.

Programs differ in cost, too. For Clements and Miller, their instruction with the carpenters union is free. Wickstrom says for the bricklaying program, tuition is $350 per semester and, upon successful completion of training, students are reimbursed half of what they’ve paid. And while most apprentices do both classroom and job-site training at the same time, some, such as electricians, might vary by completing classroom instruction first.

Plenty of options
Clements says he got involved in the apprenticeship program because he started taping in high school and joined the union. Most apprentices also have family members in the trade, as Miller does. But there are plenty of ways to get involved. Visit job fairs, call around to the local unions or go online. A good place to start is: www.doleta.gov/OA/.

“For me, I just started calling a list of companies to get someone to sponsor me,” Clements said.

And there will be plenty of opportunities out there for individuals who learn better through hands-on experiences.

“The whole nation is preparing for the mass exodus of the baby boomers,” said Roslyn Wade, Minnesota’s Labor Standards and Apprenticeship Director. “There are opportunities opening in most of the trades.”