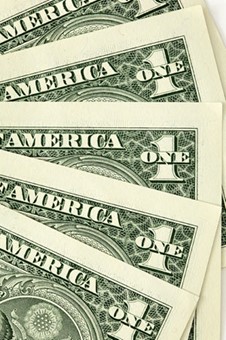 “Making the jump from financial dependence to financial independence is a very significant jump,” said Pam Erwin, senior vice president of the Wells Fargo Foundation. “I would love to think that every elementary student has visited the bank with his parents and really is beginning to understand banking.”

Here’s a summary of important basics for you to know:

Checking accounts
Many banks and credit unions offer checking accounts designed specifically for students. The best of these will have no minimum balance and no minimum number of deposits required. Overdraft protection is another important term to look for.

“Usually kids get their first checking account when they get their first cell phone bill,” said Kenny Halas, marketing product manager of Bank of America. “We try to make sure students are aware of full-service checking and savings with online banking and bill pay.”

Credit cards
“I definitely wouldn’t want to open that door,” said Courtney Haefner, who says she does not use credit cards. “I use my debit card and online banking so I can always monitor my accounts.”

Credit cards can seem great -- but be careful.

“Credit cards might have a 0 percent interest rate for the first six months, but then have a 29 percent interest rate after that. The mafia doesn’t even give these rates!” said Christopher Penn, producer and host of the Financial Aid Podcast. “You have to read the fine print. But students don’t. If it’s a free thing to sign up for, you could probably put a clause in there about giving away their kidney and they’d still sign it because they never read the fine print.”

“Don’t apply for millions of cards,” Erwin said. “You should only have one, two at the utmost, even if you never use them. Every one you sign up for goes against your credit rating.”

“I strongly advocate putting money in a savings account,” Erwin said. “The bank is then helping you pay for that trip you’re saving for. Or open a CD in addition to your savings. If you’re working with a financial institution and have a relationship, they’ll help you plan. You could put $300 of your money into a short-term CD and triple that amount.”

CDs - or certificates of deposit - earn more interest than savings accounts, but the money you put in is basically untouchable for a few months or years, depending on the length of CD you purchase.

Less risky than CDs are money market accounts, which earn less interest than CDs but more interest than traditional savings accounts. Or if you’re really planning ahead, there are mutual funds and stocks to look into - but make sure you get good advice.

Loans
If scholarships, grants and federal loans - such as the Perkins, Stafford and PLUS loans - aren’t enough to cover your college costs, chances are you’ll have to find another source to pay for the rest of your education costs. Even if you’re not going to college, at some point almost everyone will have to take out a loan to buy a car or a house.

Private loans are less favorable because they are unsubsidized (meaning the interest is running on your loans from the minute you sign for it; the interest on government loans doesn’t start until six months after you graduate).

But if you still need a private loan after your government loans, Halas said it’s important to go with a trusted lender. Having your parents co-sign the loan, he said, will get you a better interest rate. And the better credit score they have, the better rate you’ll get.

Don’t take out $40,000 when $20,000 will do, Erwin said. You need to take out the minimum amount that will keep you in school so have an idea of where you might attend.

Penn’s rule of thumb, he said, is to estimate what your first year’s salary will be out of college and don’t borrow more than that. 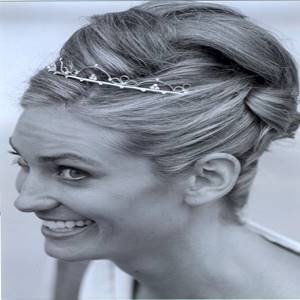