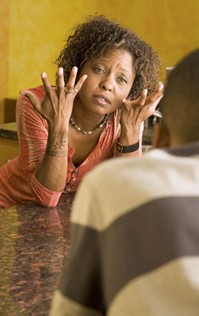 Nick Wasmiller succeeded. He effectively camouflaged himself as a college student during his tour of Ferris State University despite having his mom by his side. Sure, some students must have noticed that he was still in high school. But he had a chance to take in the campus, dorm life and the recreation center without feeling like all eyes were turned toward the prospective new kid.

Then his mom blew it. After the tour, the two decided to visit Nick’s girlfriend in her dorm (she was a freshman at Ferris State at the time).

“I just didn’t really want to stick out as the high school kid coming for the visit,” Wasmiller said, pausing to laugh. “And here is my mom, just commenting on everything from the walls to the bathrooms. She was saying ‘hi’ to everybody who was going by. I was just like, ‘get in the room and don’t be talking to those people!’”

Stress and tension run high when you are forced to deal with important decisions and deadlines while making the transition from high school to life after high school. It is a serious issue that can be overwhelming and annoying. But dealing with your parents does not have to be.

Talk to your parents
Ginny Kleaver looked at several colleges throughout her senior year, both near and far from her home of Gwinn, Mich. But, as her search continued, her future plans evolved into a “huge, scary pile of unknowns.” Meanwhile, communication with her parents stalled. Both parties were afraid of what was to come.

“It was a tough period because my parents went to high school in a completely different social and economic climate than I did,” said Kleaver, a graduate of Gwinn High School. “My parents felt that I had to go to college to be a success. I also think they wanted me to go to college because they didn’t go. It’s hard to relate to them, in general, about high school or college. It’s so different from when they were young.”

As deadlines near, the easiest thing to do is shut down or put off any decisions. But, sometimes, the easy solution is not always best.

“Talk to your parents,” Kleaver said. “Part of why I didn’t is because I didn’t want to hear what they had to say; I wanted to make the decision myself. I was afraid they would want me to do something I didn’t want to do or that they would put pressure on me to go to a different school. But, looking back, I honestly don’t think they would have and I could have really used their feedback.”

No matter how great your relationship is with your parents, concerns and issues are bound to come up. To get through these issues, they must be discussed.

“It would have helped me to discuss my concerns about college with my parents, and I am sure it would have helped them to discuss their concerns with me,” Kleaver said. “If we had communicated our fears and ideas to one another, we could have worked together to solve them instead of leaving them unsaid and me getting hysterical over the huge challenge that was my future.”

Narrowing down the options
Michael Morse and his parents talked about what type of school he was interested in, which helped him narrow down the prospects.

“My dad graduated from a two-year technical school and he felt that his peers with four-year degrees (though their education was, perhaps, less area-specific) got paid more automatically. He tried to impress upon me that a four-year education would give me more flexibility and job growth potential. That was hard for me to accept at first.”

Conflicting interests
While you may have one school in mind, your parents may have a completely different idea of what is best for you. The results are predictable; you may be left butting heads.

“I have a great relationship with my parents but, even so, going through the process of narrowing down colleges was tough,” said Kristin Westerfield, a senior at Lawrence Central High School in Indianapolis.

Westerfield had the advantage of having her older sister, Erin, already go through the process.

“My dad wanted me to go to his alma mater, which wasn’t in my interests at all. For a while, I was dead-set against Ball State, almost 90 percent because that was where my parents went. Obviously, it couldn’t be a fun school to go to if my parents went there.

But, after spending time there and really looking at what Ball State has to offer, it is back in my options.

Westerfield was able to overcome part of this conflict by exploring her options first hand.

“After spending a week at Ball State and driving to Indiana University a few times, I realize that they really are far enough to be far but close enough for me to be able to come home,” she said. “Overall, my parents are right. It’s certainly more cost-effective to stay in-state with no airplanes and no out-of-state tuition. But the thrill of going far away still sounds exciting to me.”

Solo mission
While Westerfield was able to watch her sister make the transition from high school to college, many other students will be the first in their families to go the college route. For them, the transition can feel a lot more lonely.

“I’m pretty much doing the college thing on my own,” said Katie Sanders, a senior at Tartan High School (Minn.). “When I told my parents that I wanted to go to school, they really didn’t take me seriously. I had to really push and make them see that I wasn’t just joking around and that I was serious about doing this.

“I guess the reason why my parents couldn’t see this happening was because none of their other children had gone to college. And I hadn’t gotten straight A’s my whole life, though I have gotten pretty good grades.”

For students like Katie, it is more crucial to take a proactive approach when looking at colleges and using other available resources. Without knowing where to look for jobs, loans and scholarships, the burden can become overwhelming.

School counselors, for one, are experts in these areas. By communicating your goals, future ambitions and college interests to them, they can get you started in the right direction.

Friends who are currently going through the process, or have recently, are also great to turn to. Nobody should have to deal with important issues alone. Perhaps the biggest issue of all when making the transition from high school to your future is that you’re on the verge of independence, but you are not yet independent. With this in mind, work closely with your parents through the process, if possible.

“Work on everything that has to do with your college plans with your parents and be patient and reasonably accepting of everything your parents put on the table,” said Adam Schwartz, a recent graduate of Lawrence Central High School. “Your parents have been living for a lot longer than you have, which means they have, hopefully, learned a thing or two about life. Yet, each student needs to stand by his ideals, lest you or your parents forget who’s future it is.” 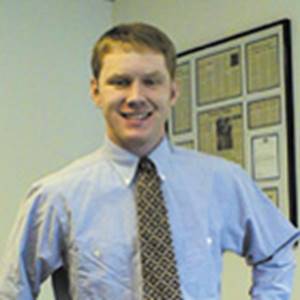