Getting On The Right Track 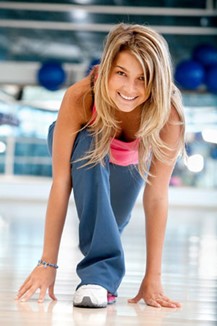 Justin Kraft found himself overwhelmed during his senior year at Martin Luther High School in Greendale, Wis. Things were not going well.

“I didn’t care too much and didn’t think it actually mattered at all.”

It is easy to lose direction. When things don’t go as planned academically, socially or in any aspect of your life, times can look bleak. But there is always time to turn things around.

Here is the catch. You have to do something about it.

Improve time management
Before his junior year, Kraft’s GPA was under a 3.0. When he started looking into where to attend college, he realized he had a problem.

“I found that with my college applications they were really looking at GPA,” Kraft said. “I was looking at getting into different schools and during the application process I saw they needed a higher GPA than I had, so I was able to bring it up.”

Dave Bangert, former director of student services at Martin Luther, says he sees many students getting off the right track, like Kraft, because they don’t know how to manage their time.

“When you’re involved in a music program or a sport and you don’t get home until 6 p.m., it’s like, ‘Where’s my time to lie around and watch some TV?’” he said. “But that’s the time you gave up playing that sport or going to your music program. Some kids don’t get used to that and still think they deserve that free time.”

Kraft stepped up his grades by managing his time better.

“I had sports and work, so I had to organize my study halls and travel time a little better,” he said.

By the time he graduated, Kraft had raised his GPA to 3.5. He says students can’t afford to blow off their grades, even as a freshman in high school.

“Some people will says it’s just a transitional year or whatever, but you don’t want to say, ‘Oh, it’s freshman year, who cares?’”

A sense of direction
Edward Krohn needed a bit of direction to get on the right track. Battling a learning disability, the Benjamin Bosse High School student was struggling in his reading, math and comprehensive skills. He wasn’t quite sure what he was good at, and he had just one thought on his mind.

“I was just worried about getting through high school,” he said.

Then, he met Rick Clouse, the school’s career advisor. Working together, they found that while Edward struggled in some academic areas, he excelled mechanically.

“I knew there were a lot of doors to open, but he gave me a sneak peak into each door, and helped me narrow some of those down. Then we would look more in depth into that door and explore it with more detail.”

Krohn headed in the right direction after studying industrial maintenance at Ivy Tech.

“You have to ask yourself, do you want to work at McDonald’s or do something more interesting?” Krohn said. “I had to find out what interested me and then go the extra ten miles to figure out what it was all about.

“Even if you are not lost, it still doesn’t hurt to explore your options. You may want to be an astronaut and then see what you actually have to do. Then, maybe, you will want to be a biologist instead.”

More serious matters
While some students need to get back on the right track academically, Sara Cole fought an addiction to alcohol and drugs, while attending Augsburg College in Minneapolis.

Living with other students in recovery has helped Cole battle her own addictions to drugs and alcohol.

Cole first attended treatment while at Mound Westonka High School. She had a couple relapses afterwards and then it happened.

“I went back out and my drinking and my using was worse than it had ever been,” she said. “I just hit a miserable, miserable bottom. I was ready to do what it took to stay sober.”

But Cole will be the first to tell you that it wasn’t simple. She had to reach out for help. She made an effort to get involved in her Alcohol Anonymous (AA) meetings, while building a sober network of friends.

Most of the network came from the StepUp community program at Augsburg.

“The community has been awesome,” Cole said. “I know that there’s always someone here supporting me and trying to do the same things as me, and that’s staying sober and going to college.”

Cole found out about StepUp from another Augsburg student and joined the program soon after. StepUp requires its participants to sign a contract committing themselves to sobriety and the academic process.

They attend weekly meetings and meet with StepUp’s professional staff. The program also features a review board composed of staff and other StepUp students who deal with anyone who fails to live up to his or her end of the bargain.

Cole said, looking back, she is lucky to be back on the right track.

“I wish I would have known the seriousness of alcoholism and drug addiction and how it can really ruin someone’s life,” she said. “I just took it lightly as something that was just fun to do, going out and partying.” 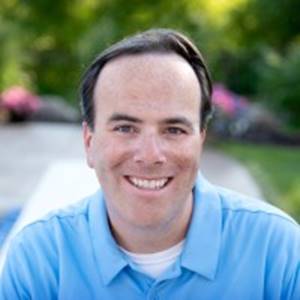